2 Surprising Facts About Alzheimer’s: Mold Can Cause Alzheimer’s & It’s Reversible 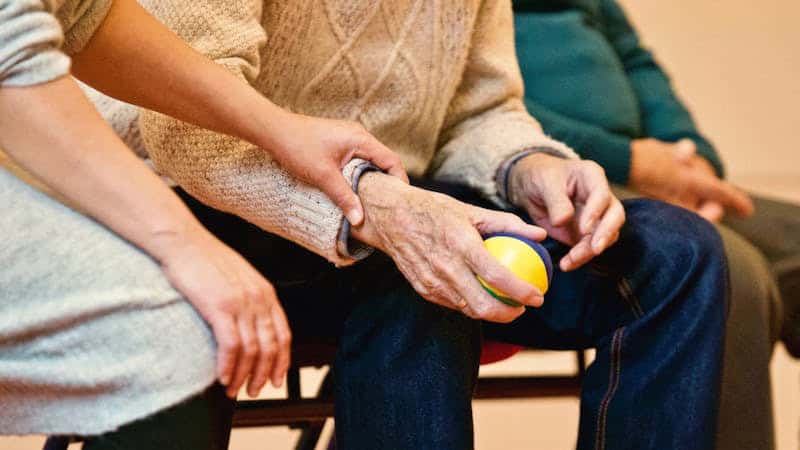 Alzheimer’s disease (AD) is the third cause of death in the United States and over 47 million people live with it globally. It’s a devastating and deeply saddening disease for those affected and also their families and caretakers.

While our treatments of many other chronic illnesses have improved, the treatment of Alzheimer’s has shown little improvement over the last decade. This sad truth demands a hard look at different approaches to find new solution.

Fortunately, new multisystem approaches to diagnosis and treatment of Alzheimer’s is showing promising results. Leading the charge in the multifaceted approach to treating Alzheimer’s disease is Dr. Dale Bredesen of the Buck Institute for Research on Aging.

I believe we are at the forefront of ending Alzheimer’s through cognitive decline reversal and more precise diagnostics.

What is Alzheimer’s, Anyway?

Early onset of AD can be measured with diagnostic testing but is relatively asymptomatic, also called the silent phase. Once symptoms are observable, AD has reached the later stages of dementia which are bad enough to interfere with daily abilities.

Alzheimer’s is characterized by the accumulation of amyloid plaques and neurofibrillary tangles between the neurons in the brain. These plaques and tangles block cell-to-cell signaling and cause the symptoms commonly associated with Alzheimer’s disease.

Symptom of Alzheimer’s vs. Normal Aging

It’s important to note that symptoms of Alzheimer’s are not normal signs of aging.

It doesn’t matter how old an individual is, the following symptoms are never considered acceptable. If you or someone you love experiences symptoms of AD, you should make an appointment with your functional medicine doctor immediately.

Let’s take a closer look at the difference between symptoms of Alzheimer’s and signs of normal aging.

I want to dispel the myth that any of the symptoms associated with Alzheimer’s could ever be considered “normal” aging. Your brain is an incredibly powerful and resilient organ and should never “normally” experience symptoms of Alzheimer’s.

Did You Know Mold Can Cause Alzheimer’s?

There isn’t one single cause of Alzheimer’s. This is why most AD treatments have been mostly unsuccessful, until now. There are multiple metabolic processes involved in AD and six subtypes.

Interestingly, subtype 3 is also called Inhalational Alzheimer’s Disease (IAD) and caused by inhaled toxins which bioaccumulate overtime. We already know how dangerous mold can be, but the fact that we now know biotoxins can cause Alzheimer’s is reason for grave concern.

Though these subtypes aren’t widely accepted in the mainstream medical community, they are used in functional medicine to aid in proper diagnosis and the development of comprehensive treatments plans.

The six subtypes of Alzheimer’s disease include:

Type 1: This form of AD is considered inflammatory and patients present with inflammatory mediators such as cytokines and chemokines.

Type 1.5: In-between types 1 and 2 because these patients have both inflammatory and atrophic factors.

Type 2: This form of AD is due to atrophic factors such as an increase in homocysteine, glutamate receptor dysfunction, and mitochondrial dysfunction.

Type 3: Caused by biotoxins exposures such as mycotoxins, which are emitted by mold.

Type 4: Caused when vascular impairment is driving amyloid accumulation.
Type 5: Associated with a history of head trauma. Patients experience significant personality changes such as lack of empathy and temper.


It’s important to understand the differences in these AD subtypes because identifying the root cause of any illness gives us the best chance at treating the condition.

Alzheimer’s disease type 3 has been found to be a direct result of exposure to specific toxins overtime. Inhalational Alzheimer’s Disease lab results can present similar to chronic inflammatory response syndrome (CIRS) patients. However, their symptoms will look more like AD dementia.

Symptoms of type 3 Alzheimer’s disease include memory loss, trouble recalling words, and difficulty with familiar tasks, yet they also have symptoms associated with chronic toxin exposure, such as a metallic taste and increased sensitivity to smell.

The light that’s been shed on the causes of Alzheimer’s diseases has also revealed the different treatment possibilities for successfully reversing cognitive decline.

Reversing Cognitive Decline is Within Reach

Dr. Dale Bredesen has published a number of case studies of patients where he’s successfully reversed AD cognitive decline. The Bredesen Protocol works to identify and treat over four dozen mechanisms that contribute to AD.

It’s hopeful that the end of Alzheimer’s is near!

Share this article with someone you know would love to hear about the end of Alzheimer’s.